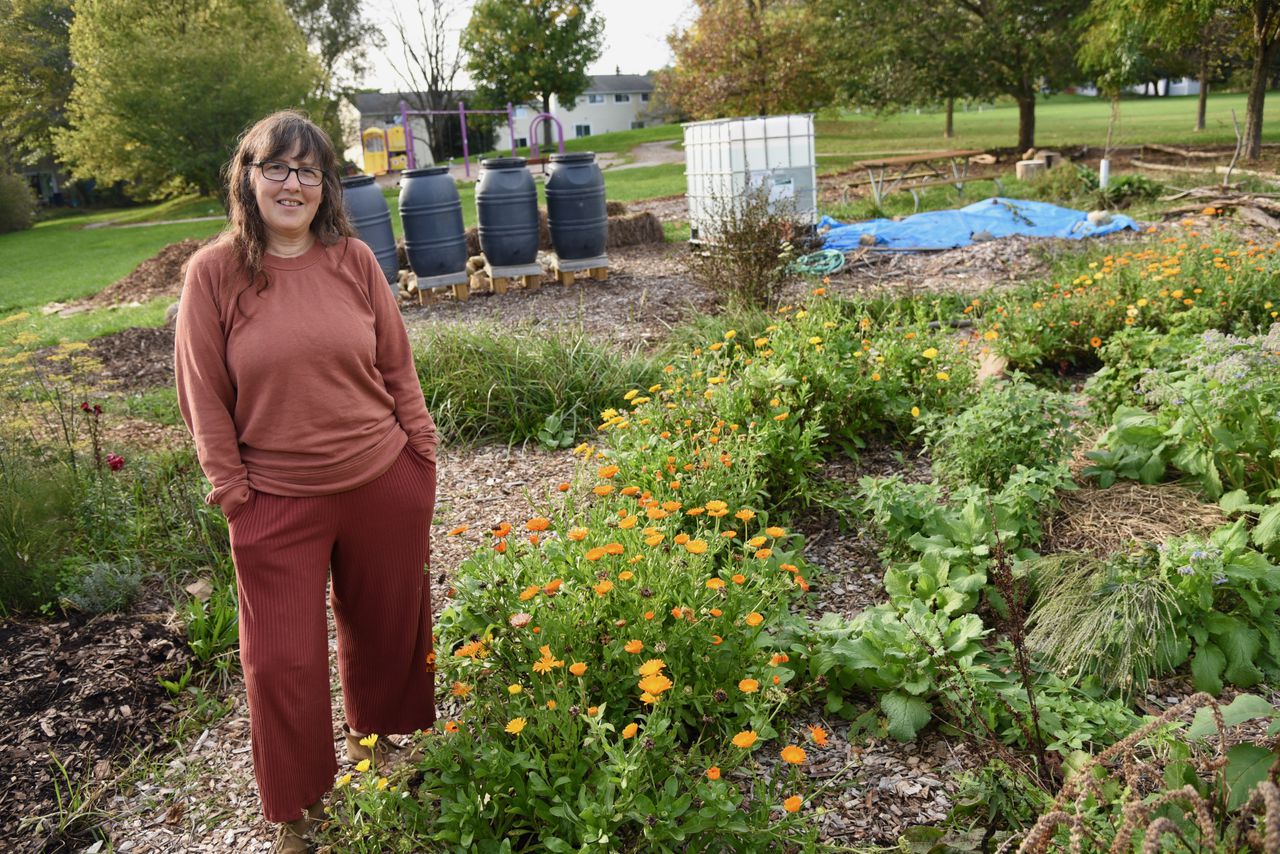 ANN ARBOR, MI — A new community food forest is taking root in Ann Arbor’s Leslie Park and a Harvest Festival is on tap this weekend to celebrate it.

“It’s kind of a celebration of all that’s been accomplished up there in the last year or so,” said City Council Member Jeff Hayner, D-1st Ward, who is inviting the public to check out the food forest event from 1-3 p.m. Saturday, Oct. 16.

“It’s been coming along pretty good up there,” he said. “It’s really an interesting project and I think it’s going to serve as a model not only for other locations in neighborhoods in our city, but in other cities as well.”

A coalition of residents started the food forest in the park behind the Arrowwood Hills Co-Op last year, planting fruit trees, flowers, herbs, vegetables, tomatoes and other plants. It’s still a work in progress, but it’s coming along.

“We’re moving in the direction of actually establishing the food forest, which particularly with the trees and the larger fruit plants takes some time,” said ShuNahSii Rose, one of the coalition members. “We have some apple trees and peach trees and elderberry bushes and blackberry bushes, and raspberry bushes just went in, and a lot of honeyberry bushes. And then we have the perennial herbs around the trees.”

There’s an “herb spiral” at the center of the garden’s layout and a mix of perennial and annual plantings.

“We just put the annual food beds mostly to sleep,” Rose said. “We had a potato harvest and some tomatoes, and greens are still going. Most of the basil has come out. We have lots of pollinator stuff going on. It’s beautiful.”

Feeding pollinators like butterflies and bees is part of the mission, Rose said on a recent afternoon as several bees tended the blue borage flowers in the garden.

“The thing about a permaculture garden design is there are a lot of stacking functions, so many of the plants will be medicinal and edible and appealing to the pollinators,” she said.

All that’s growing in the food forest is available for free to anyone who visits, said Rose, who lives next to the park.

“We have a beautiful sign that’s going up before the festival on Saturday and it’s in three languages and states very clearly that anything here is available to anybody who wants to harvest it,” she said. “I know some people who harvest here, some of the younger families who live in Arrowwood, but also I’ve been out here bumping into people I’ve never met before walking through and picking flowers or picking greens.”

There were strawberries and tomatoes available for picking this year, but because it’s still the first full growing season, berries and fruits aren’t fully established yet, Rose said.

People have been able to harvest various greens, including kale, basil and peppermint, as well as edible calendula flowers.

The garden also includes some non-edible plantings, including pokeweed berries that can be used as a pink dye.

Because the soil was pretty devastated, Rose said, they’re allowing deep-rooted wild plants like dandelion, plantain and yellow dock to proliferate in areas that have not been mulched yet, because they’re mending the soil.

To build the soil, the coalition has been working on sheet mulching, also known as “lasagna gardening,” since last year and still has one more area to do, Rose said, explaining that involves layering soil amendments, cardboard, organic matter including leaves and hay, compost and mulching.

“A couple of us who are in the coalition have certification in permaculture gardening and one of the things that drew us to that was watching how you can literally build viable, rich, fertile topsoil in a handful of years by employing these methods. It’s kind of mind blowing,” she said.

“Where it has been sheet mulched, you can put your hands into the soil and lift it up, and just in the first year it’s already so much better than it was when we started.”

The city’s Elizabeth Dean Fund Committee has partnered with the coalition to plant eight fruit trees along the paved path through the park — a mix of pears, cherries and peaches. Those went in last week along an edible food corridor now extending from the food forest area.

“Which is pretty exciting,” Rose said.

Coalition members started the food forest in spring 2020, thinking they had implied permission after speaking with City Council representatives, but the effort was paused when they found out they needed to get official city approval, Rose said.

Now that there’s a formal process in place for permitting food forests in city parks, she hopes to see more.

It’s a lot of work in the beginning, she said, noting the coalition is “raising every penny of funding ourselves” and it takes a lot of time and effort to establish the soil, purchase plants, care for the site and organize volunteers to share responsibilities.

“But it’s going well,” she said. “It’s growing stronger and getting better and we’ve had several free educational events out here already this year.”

The coalition has about 15 core members, including eight to 10 active in regular weekly maintenance, Rose said.

“Then we have about 150 on our list of volunteers and people who have come out to help and are interested in the events,” she said, noting a Boy Scout troop has helped.

Longer-term plans include adding a shed with a rainwater catchment system in the form of a metal roof. There already are several rain barrels and a larger water container on the site.

Ideally, there would be a community building, but the group hasn’t officially put that on the table yet with the Park Advisory Commission, Rose said.

MORE FROM THE ANN ARBOR NEWS: