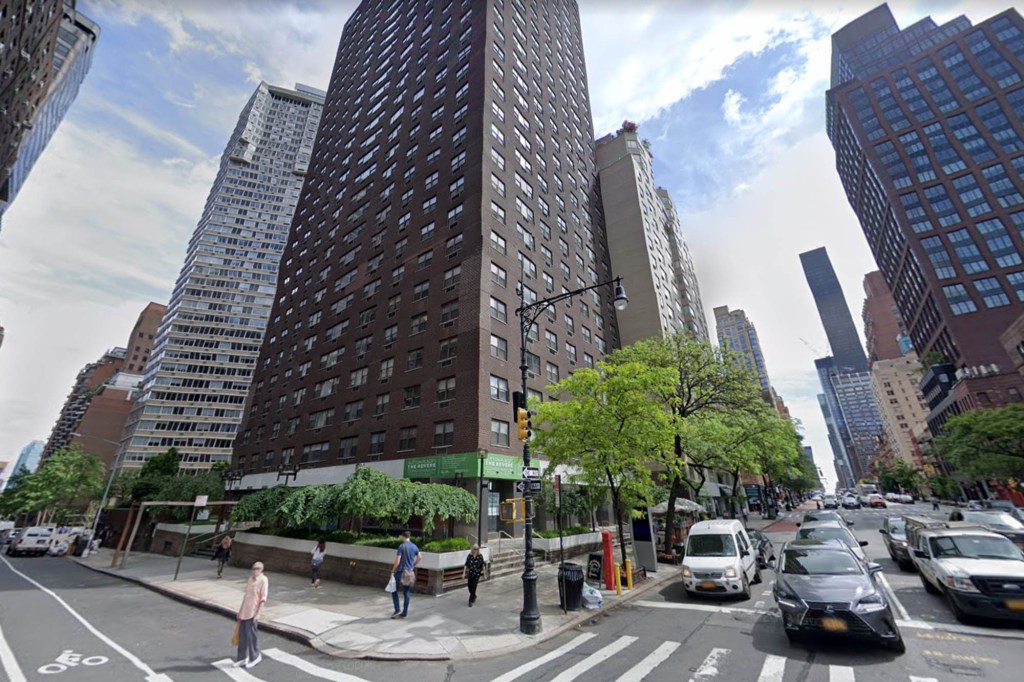 A struggling real estate scion has been pilfering revenue from his family-owned Manhattan apartment building to pay off debts and maintain his lavish lifestyle, his brother charges in new court papers.

Third-generation real estate mogul Stephen Perlbinder alleges that his sibling, Barton “Mark” Perlbinder “has for years dominated the family companies and used them as a piggy bank,” according to Stephen’s Manhattan Supreme Court lawsuit filed Tuesday.

Stephen accuses Mark, the president of Perlbinder Realty, of using the cash to pay for apartments he shares with his girlfriend, as well as to pay off debt and buy expensive cars, the suit says.

In particular, Mark has been “self-dealing” as he runs a Sutton Place family-owned apartment building located at 400 East 54th Street — that consists of 228 residential apartments, four commercial units and a 140-space parking garage, the suit claims.

Mark has taken $13.4 million in profits from the sale of various apartments — which he’s failed to split with Stephen and a family trust as he’s supposed to — and has instead used the money “to pay down his own personal tax arrears,” the filing alleges.

The suit says fears from the brothers’ parents that Mark would squander the family legacy with his extravagant lifestyle have “unfortunately been realized in recent years.”

Mark’s legal and financial woes include a 2014 arrest for allegedly picking up cocaine and illegal prescription drugs from a bus in the Hamptons. The outcome of that case is unclear.

The court documents allege a host of other legal and financial problems. Mark owes $12.7 million in tax liens and judgments, is behind on $1.2 million in a divorce settlement agreement and he’s being sued by co-investors of the 400 East 54th Street building — called Revere Condominiums — for allegedly not paying them their share after he sold units there, the papers say.

As to the profits that Mark has taken without splitting with the family, he claims that he had an agreement with Stephen to “divvy up” the sale of units according to who sold them. But, Stephen claims that deal never existed, the suit claims.

Mark also took a cut of “brokerage commissions” to the tune of $350,000 for the sales, despite the fact they were done by real brokers, the suit claims.

Meanwhile, there are still 64 units in the building that remain unsold — that have racked up $6.5 million in tax arrears and liens and for which Mark has no apparent plan of how to pay them off, the filing alleges.

The wayward brother also put “his young girlfriend” in charge of brokering apartment rentals despite her lack of experience, instead of hiring “a more reputable outfit,” the suit claims.

“As a result, vacancy rates have for years exceeded that of comparable properties,” the filing alleges.

“Mark’s incompetence is quickly destroying the valuable investments his father tirelessly built over the course of many decades,” the suit charges.

Stephen is asking for a judge to stop his brother’s allegedly bad business practices and wants Mark to pay him, the family trust, the building operator and the building sponsor a total of $143 million in damages.

Stephen’s lawyer Adam Stein told The Post by email, “We have brought this suit to put the family property back on solid footing.

“Our client wants to see this property managed in a professional manner and Stephen will do everything in his power to protect this family property of fifty years.”

“Our hope is that this suit will preserve a longtime family property for the next generation,” Stein said.

Lawyers for Mark did not immediately return a request for comment.