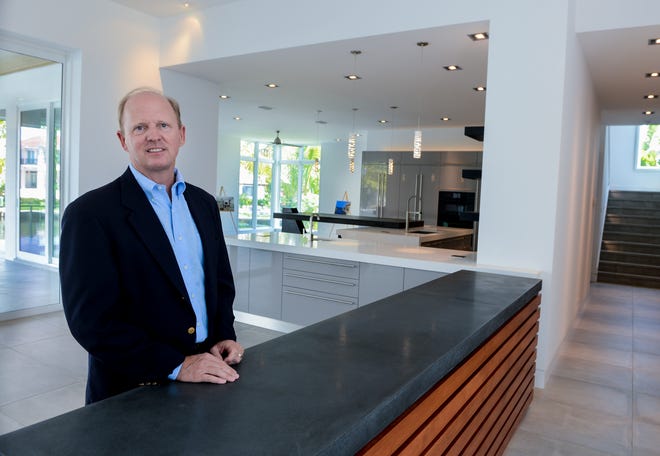 Prominent Sarasota real estate agent Roger Pettingell and Coldwell Banker Realty have been sued over a $4.8 million transaction on Bird Key by both a potential buyer and the property’s seller, according to lawsuits filed in Broward County.

Barry Cohen, the buyer who lost out on the property, accuses Pettingell of manipulating the sellers into choosing a buyer Pettingell also represented so that he received both sides of a commission involving a $4.6 million property, plus $200,000 for the furniture.

For years Pettingell has been the top real estate agent in the Sarasota region. Last year, he eclipsed $175 million in closed transactions. He and Coldwell Banker Realty, a named party in the lawsuit, deny the accusations.

“I have built my business and reputation on a solid foundation of always acting ethically, professionally, and with integrity,” Pettingell said in a written statement to the Herald-Tribune. “Anyone can file a lawsuit and make unproven allegations. In my 35 years in the business I have never had an ethics complaint or a lawsuit filed against me. It is incredibly disappointing that I now find myself in this situation and because there is a pending lawsuit, I am not at liberty to comment in the way that I would like.

“However, what I can say is that the allegations that have been made do not have merit and I am confident that I will be vindicated through the legal process of any alleged wrong doing.”

The property on Royal Flamingo Drive had been listed in February 2021 for $4.495 million.

The lawsuits revolve around whether Pettingell provided full disclosure over the offers for the property and whether he acted honestly and fairly in the transaction, requirements for licensed real estate agents under Florida law.

The attorney representing the sellers, who have filed a lawsuit seeking damages in excess of $30,000, plus a return of the commission, did not responded to an attempt to discuss the lawsuit.

Sarasota’s luxury real estate market caught fire shortly after lockdowns were lifted in the state, resulting in multiple offers for multi-million dollar properties throughout the area.

Cohen told the Herald-Tribune he and his wife were enamored with the property and made an offer with an escalation clause in the contract that would have matched any offer up to $5 million.

“It excited my wife,” Cohen said of the property. “It seemed like the perfect house.”

However, when they learned that their offer was not chosen and that an offer less than $5 million was selected, he decided to drive to the property to see if anything could be done.

“I was upset,” he said. “Maybe it could be undone. I was willing to offer $5.3 million if there was some way to reverse it.”

When he got to the property, he says, Thomas Davenport, the seller, was standing outside.

According to Cohen, that’s when he learned key facts about his offer were allegedly not presented to the Davenports. The lawsuit also contends that only the winning offer was presented in writing and that all other offers were only verbally presented.

Pettingell told the Davenports, according to their lawsuit, another offer was “the cleanest” and that an inspection clause in Cohen’s offer would allow them to withdraw should an issue with the property be found.

Cohen said his Realtor, Georgia Salaverri, told Pettingell that inspection clause could be waived if the seller required, before he spoke with the Davenports.

Cohen says they complained to Coldwell Banker about the way the transaction was handled, but that he was directed back to Pettingell, something Cohen contends shows Coldwell Banker’s failure to appropriately supervise its agents.

Cohen says he even tried to purchase the contract from the person who ultimately closed on the property, but was unsuccessful.

Cohen said that Pettingell then found another house on Bird Key that he could buy for $6.5 million, but that he would have to pay both the commission for his Realtor and also a commission to Pettingell.

Cohen ultimately did buy that property on Spoonbill Drive in the Bird Key neighborhood for $6.5 million, according to property records. Combined with fees and commissions, Cohen paid $6.89 million for the property, according to the lawsuit.

Cottage with character:1925 Craftsman with historic designation in Gillespie Park on market for $625K

Cohen understands that many people will not feel much pity for a man complaining about not getting his way in a $5 million real estate transaction.

“I know nobody is going to be saying ‘poor Barry,'” he said. “But this is a much bigger issue dealing with fairness.”

He said he believes that real estate agents representing both sides of a transaction happens more often than people understand. That can be a problem, he said.

He called the practice of real estate agents representing both sides of a transaction a “widespread danger” in the industry.

His attorney presented statistics on the number of “both-sides” transactions among the top 20 Sarasota-area real estate agents. According to the attorney’s information, Pettingell represented both buyer and seller in 22 transactions, about 29.1% of his deals.

The data appears to be pulled from the Multiple Listing Service that tracks properties for sale and closing that happen across the country.

Pettingell’s percentage of such transactions was not out of the norm among the top 20 real estate agents in Sarasota. Some had as high as 36.9% of their transactions involving both buyer and seller. Two agents out of the top 20 had no “both sides” deals.

“This is standard industry practice,” a Coldwell Banker Realty spokeswoman said in an email. “Roger acted in complete compliance with state law.”

The Herald-Tribune requested any complaints filed against Pettingell’s real estate license from the Department of Business and Professional Regulations. There were no complaints on file, according to an agency spokesman.

Cohen said he plans to file an ethics complaint against Pettingell, but that the process, in his opinion, is heavily weighted in favor of real estate agents.

Alex Krumm, the president of the Realtor’s Association of Sarasota and Manatee, said all Realtors are required to follow a code of ethics that has been around for more than 100 years.

He said Realtors must present all offers, but that there is no requirement to present all offers in a particular format, although, he did say in his opinion that best practice would be to do so in some type of written format.

“I advise everyone to meet in person if possible and if not then meet on Zoom,” he said.

He said that complaints against a Realtor regarding breaking the code of ethics can result in discipline up to expulsion from the group. Pettingell is a member of the RASM.

Krumm said that he was not aware of any complaints against Pettingell, but that if he was he also would not be able to disclose that.

However, Krumm maintained that in the vast majority of real estate transactions in Sarasota, all offers are disclosed and the best offer is ultimately chosen by the seller.

“We subscribe to that code of ethics to make sure that buyers and sellers have all the information and for them to be able to make the best decisions,” Krumm said. “In almost every case, that happens.”

tech in your hand